People are being recruited on agency contracts and retained on them for years, enabling employers to pay them consistently lower wages, according to a new report by the TUC.

The report, based on July to September 2017’s labour market survey figures, found that six in 10 or 422,000 agency workers are employed for more than a year in the same role at the same workplace, the impact of which is to drive pay levels down.

It described the strategy of keeping individuals on agency contracts for years – longer than such contracts should reasonably be expected to last – as a way of undercutting wages.

Known as the “Swedish derogation,” this loophole allows companies to pay agency workers placed with them less than direct employees, provided the agency agrees to continue paying them for at least four weeks when it is unable to find them work.

Sarah Ozanne, employment lawyer with CMS, told People Management the study was the latest development in a long-standing issue. “It is an exemption from the requirement under the Agency Worker Regulations that entitles agency workers to receive the same basic pay and conditions as comparable employees after a 12-week qualifying period on the basis that, instead, the agency worker gets paid between assignments.”

The union said that many of these workers’ employers “are deliberately paying them less than their permanent colleagues”, despite obliging their agency staff to fulfil identical roles.

On average, agency workers were being paid £1.50 less an hour than permanent staff, the pay differential rising at some workplaces to be as high as £4 an hour or £7 for those who work anti-social hours, the report found.

The most prevalent sectors for using ‘long-term’ agency workers, the report noted, were banking and finance (with over 80,000 agency workers in the same role for over a year) followed by distribution, hotels and retail.

Manufacturing counted more than 65,000 agency workers in the same role for a year or more. Multinational technology companies are also users of high volumes of agency workers, with fewer direct employees.

With two-fifths of agency staff employed for more than a year aged between 16-35, young workers were particularly at risk of being caught in “insecure agency work” for long periods, the study found.

A month ago, however, the government delayed long-awaited changes to agency workers’ rights proposed by policy expert Matthew Taylor’s Good Work: The Taylor Review of Modern Working Practices, instead launching another consultation on the issue.

The Department for Business, Energy and Industrial Strategy (BEIS) promised to “consider” repealing laws allowing agencies to employ workers on cheaper rates under such arrangements.

It also vowed to “help agency workers get paid fairly” by “providing all 1.2 million agency workers with a clear breakdown of who pays them and any costs or charges deducted from their wages”.

Among the report’s proposals was the right for individuals such as agency workers to request “a more stable contract”. But BEIS said it would first consult with businesses on the impact of plans to change rules concerning agency workers, before enacting any changes.

Frances O’Grady, TUC general secretary, this week called on the government to “scrap this loophole now”, describing it as an “undercutters’ charter.”

“Employers are keeping people on agency contracts to drive down wages. Two people working next to each other, doing the same job, should get the same wage. But bosses are exploiting a loophole in the law that allows them to pay agency workers less”, she said.

O’Grady referred to the Taylor Review’s call for agency workers “to stop being treated like second-class citizens. Ministers must get on with ending the undercutters’ charter.”

The TUC added that the UK government could decide to introduce regulations removing this loophole “at any time”. It cited examples such as call centres at a major telecoms firm, where it claimed agency workers account for many staff on ‘pay between assignment’ contracts, receiving “far less pay than their permanent counterparts who are doing the same job” – often up to £500 a month less.

It also claimed many warehouse staff for a prominent retailer were employed on agency contracts, earning 63 per cent less than permanent warehouse staff.

Agency workers had “little choice but to accept ‘pay between assignment’ contracts” as if they refuse these terms and conditions, they will not be offered work by the agency.

Ozanne said that the TUC had long campaigned against the Swedish derogation and that the government was currently consulting on the level of abuse of the rule, options for its repeal, or methods to improve enforcement.

“The TUC’s latest report allows another opportunity for it to bang its drum on this issue, on which its patience is obviously wearing thin,” she added.

Crowley Woodford, employment partner at Ashurst, told People Management that “the TUC statement reflects a growing call to ensure greater parity for agency worker rights by ending the Swedish derogation, precisely because it allows employers to undercut rates of pay.”

“The now-established trend against atypical labour models such as that in the ‘gig economy’ may mean that the Swedish derogation will not survive in the future. If this happens, the inevitable result will be the cost of casual labour will go up and squeeze employer profits”.

The TUC said it wanted employers to ensure workers have the ability to have their voice heard at work, fair pay, regular hours, fair treatment and freedom from discrimination, a safe and healthy workplace and the opportunity to learn and progress. 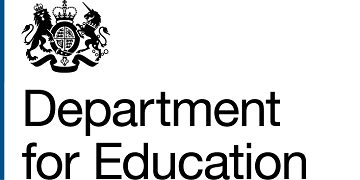 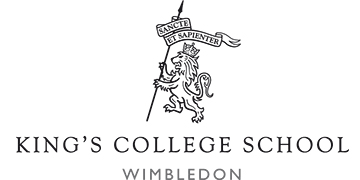 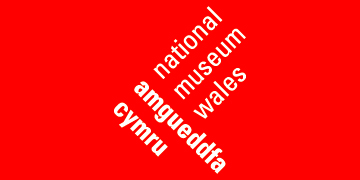