Most workers feel automation has ‘made work life better’

By Steve Lawrence
Posted 4th September 2019
In news, updates
Most workers feel automation has ‘made work life better’2019-09-042019-09-04https://eevt.org/wp-content/uploads/2019/06/neweevtlogo.fw_.pngEEVThttps://eevt.org/wp-content/uploads/2019/06/neweevtlogo.fw_.png200px200px
The vast majority of workers in the UK believe technology and automation are changing their working lives for the better, according to a survey.

In a poll of 14,500 UK workers, conducted by Hays UK, 86 per cent said they embraced the implementation of automation in their workplace, while 73 per cent reported having an open mindset towards digital transformation.

The data also revealed that workers were less fearful of automation in organisations where the technology was already present.

The results formed part of Hays’ What Workers Want 2019 report, which surveyed attitudes towards technology.

Edward Houghton, head of research and thought leadership at the CIPD, welcomed a more positive and optimistic take on technology in the workplace, and said he was interested to see respondents mirroring attitudes prevalent among HR professionals.

Houghton said: “Automation definitely gives more opportunity to add human value and enables the organisation to make the most of the human elements of work, such as building relationships that are very hard to automate.

“Where employees are given less mundane tasks, the job becomes more complex, interesting and exciting.”

Michelle Shelton, product planning director at MHR, said it was important for organisations to adopt a digital-first approach and deliver an experience that met the expectations of its people so employees could be freed from mundane tasks.

“Businesses need to get better at identifying the technology that will add real value to the working life of their employees, freeing them from mundane tasks so they can focus on more strategic and valuable activities,” said Shelton.

The report said employers were prioritising the creation of a culture “open to change”. More than two in five (41 per cent) employees said providing support with training and upskilling was the most important way for organisations to prepare for automation, while 39 per cent of employers felt their organisation lacked the skills needed to make the “best use” of automation.

However, 58 per cent said they expected a lack of skills among current staff to be the biggest barrier to automation, and 37 per cent feared a lack of support from staff.

Shelton said organisations serious about automation needed to prioritise investing in the skills and digital capabilities of their people, establish a change-friendly culture and utilise their HR teams. “Digital transformation projects will almost certainly fail unless you take your people on the journey with you,” said Shelton.

“Any change team should naturally include HR. As stewards of company culture, HR professionals can ensure any changes are successfully embedded and embraced by people, and play an active role in helping create more of a ‘digital savvy’ workforce by recruiting new talent to plug any skills gaps and arranging training for existing employees to support the adoption of new software.”

Albert Ellis, chief executive of Harvey Nash, said despite workers actively upskilling, only a small proportion of the population was ready for the new skills required in the age of automation. “Automation is most likely to hit the locations and people who are least able to adapt,” he said. “It will make the divisions caused by Brexit look miniscule by comparison. The challenge is how do you cross-train people into job roles that don’t yet exist?” 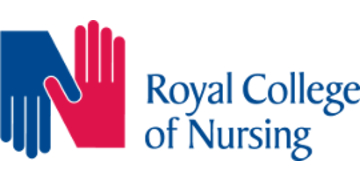 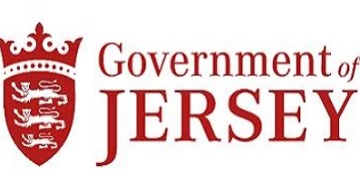